JW Therapeutics R&D Center is located in Zhangjiang Science City, occupying an area of around 25,000 square feet. The R&D center will focus on cutting-edge translational research in cancer immunology, cell therapy process development and quality system. It will greatly accelerate the buildup of JW Therapeutics’ pipelines.

China accounts for approximately 22% of the world’s total of population malignant tumors, and ranks No.1 globally in terms of the number of patients. Even with recent advancement of small and large molecules in cancer treatment, there are still millions of patients with relapse and refractory tumors looking for new therapies. The emergence of cell immunotherapy brings new weapon and hope in fighting against cancer.

Dr. James Li, Co-Founder and CEO of JW Therapeutics noted that the opening of the R&D center is another significant milestone for JW Therapeutics. It will enable JW to further build and expand JW’s portfolios and collaborate with local and international leaders in cell therapy, and bring the best cell therapy products to serve Chinese patients. 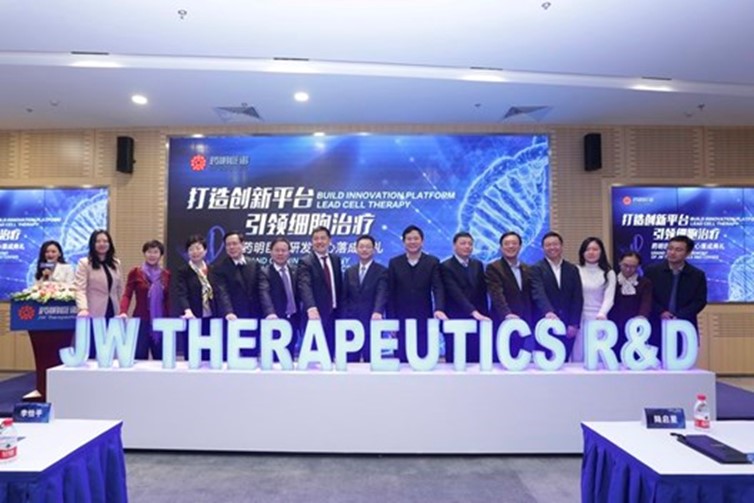 JW Therapeutics was founded by Juno Therapeutics and WuXi AppTec in February 2016 in Shanghai. As a clinical-stage biopharmaceutical company focusing on the development, transformation and promotion of cell immunotherapy, JW Therapeutics aims to become the innovation leader in the industry. The company is committed to collaborating with both local and international peers to build a world-class leading innovation platform for cell immunotherapy, to create the industry standard and ecosystem together, and to benefit Chinese patients and those around the world.

The company has put into place a mature and stable process development system as well as the advancing cGMP manufacturing quality control system. It has obtained the approval for the clinical studies of China’s first CAR-T product targeting CD19, enhancing its China’s leading position in clinical studies of CAR-T.